Flight termination may also be triggered from a ground station or companion computer using the MAVLink MAV_CMD_DO_FLIGHTTERMINATION (opens new window) command. This is sent, for example, when you call the MAVSDK Action plugin (opens new window) terminate() or terminate_async() methods. 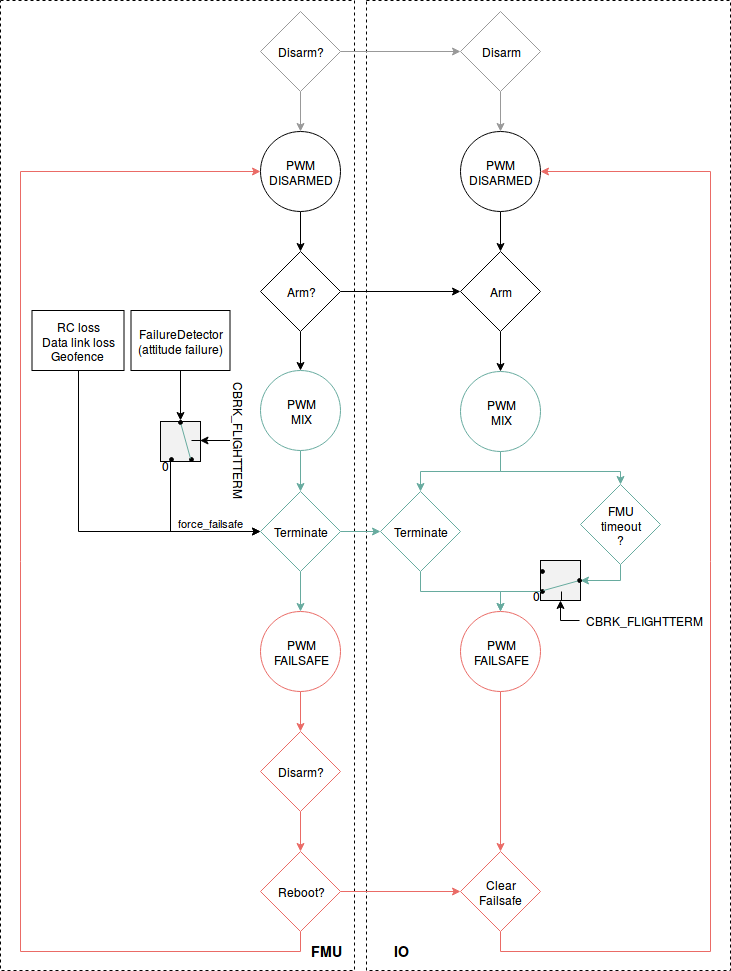