This topic explains how to configure power settings. 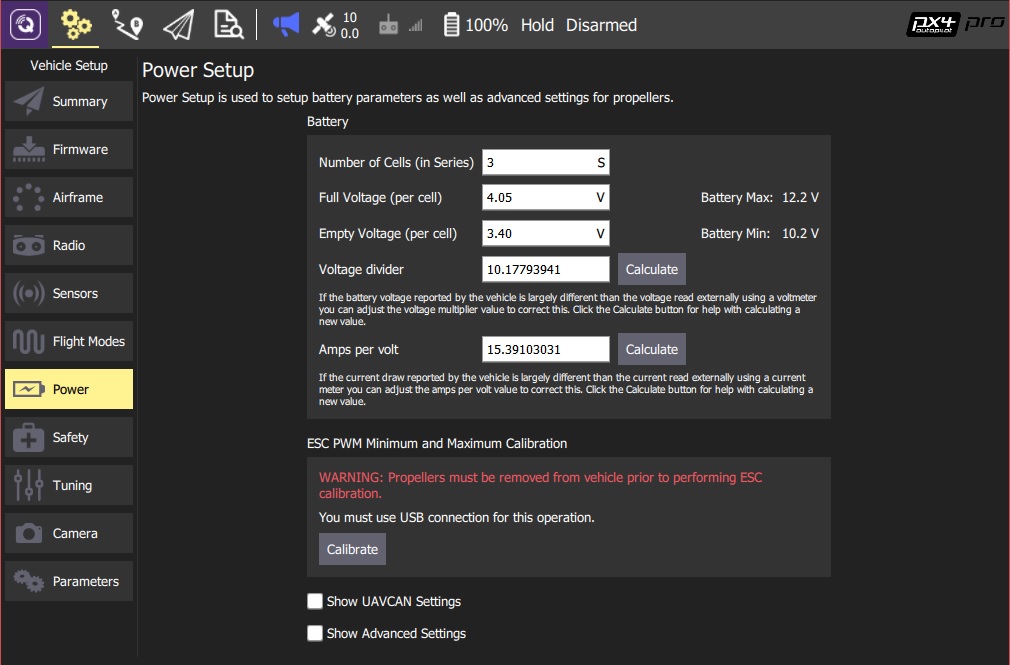 # Number of Cells (in Series)