This topic lists/displays the vehicles supported by the PX4 FlightGear simulation, and the make commands required to run them (the commands are run from terminal in the PX4-Autopilot directory). The supported types are: plane, autogyro and rover (there are specific frames within these types).

For the full list of build targets run make px4_sitl list_vmd_make_targets (filter out those that start with flightgear_).

The FlightGear page shows how to install and use FlightGear in more detail (this page is a summary of vehicle-specific features).

FlightGear has models for many planes. The most suitable one for UAV development is currently the Rascal RC plane (opens new window) (which also exists in multiple variants). 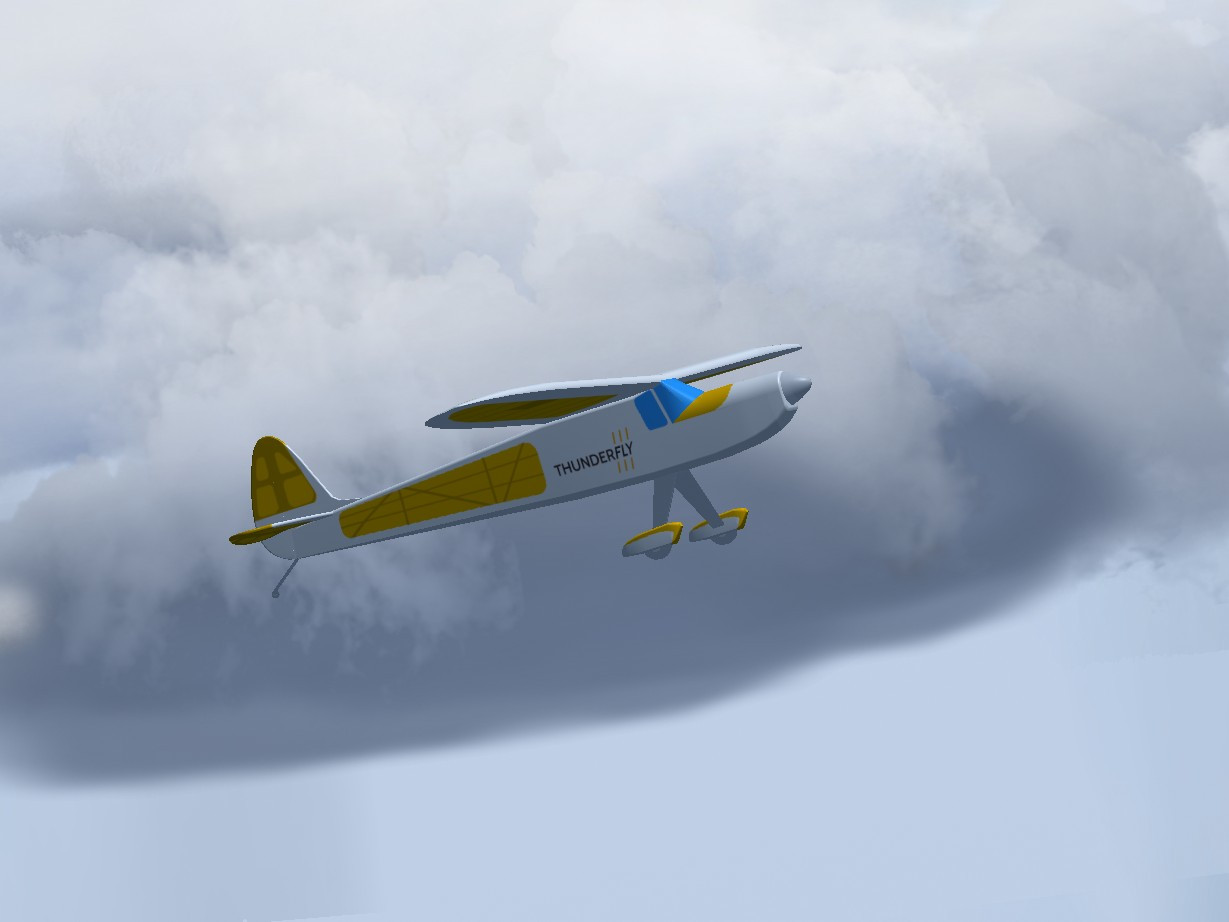 The variants differ mainly by the FDM (opens new window) model. All variants have a common feature selection table that can be activated by pressing the = key on the computer keyboard.

There is a pop-up table that could be used for advanced features activation. 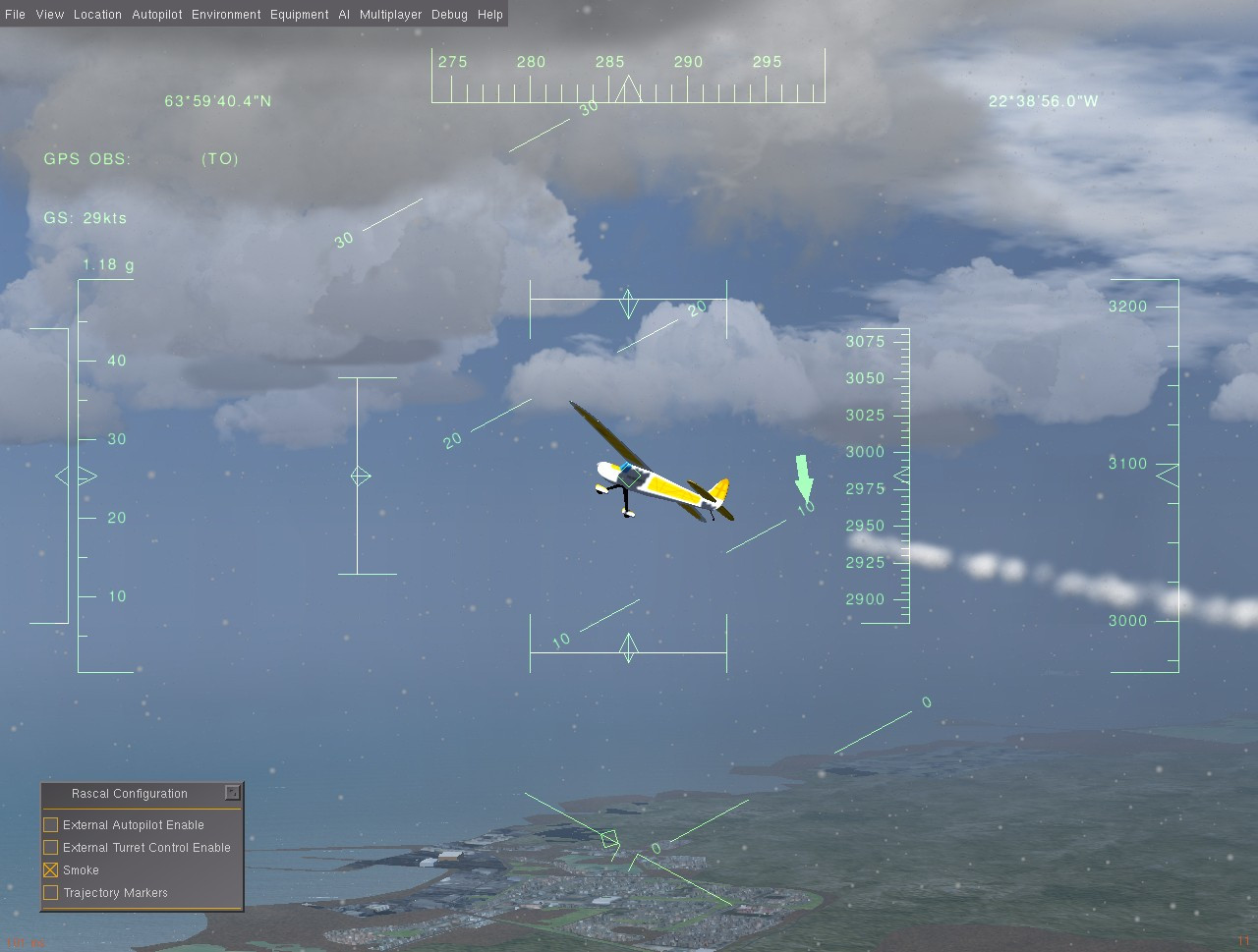 The most relevant option is:

Trajectory markers show the absolute flight path in the world coordinates, and the smoke trail shows the relative path in the air mass.

The primary variant of the Rascal model has a combustion piston-engine model. This results in a non-zero idle power causing a rotation of propeller on idle engine RPM.

The launch command is:

A Rascal vehicle with an electric engine.

This variant needs the latest FlightGear code (sources at least from 26 April 2020). Otherwise, the FlightGear crashes because of an unexpected definition of electric engine. 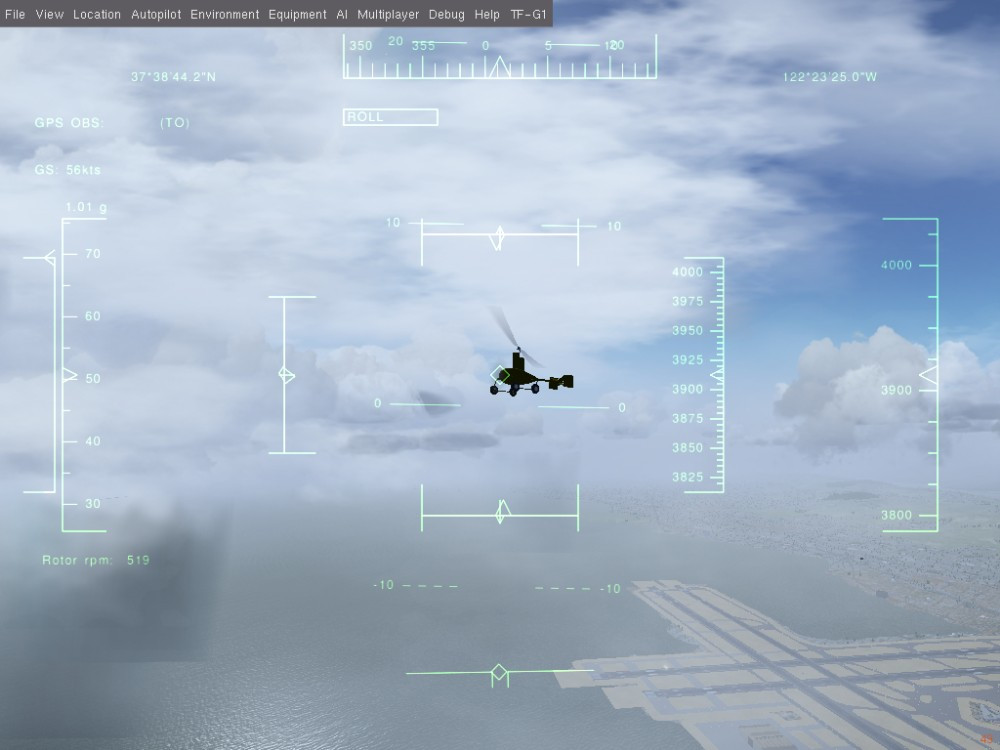 This rover is equipped with a towing hitch and might be used for aero-towing of other vehicles.

There is only an incomplete multirotor model (opens new window). This is not yet usable (it is numerically unstable and needs an additional work).

After preparing all these files a new vehicle need to be included in the PX4 make system.

The PX4 configuration is in /platforms/posix/cmake/sitl_target.cmake (opens new window). The new vehicle's json name should be added to the list.