The GPS/Compass should be mounted on the frame as far away from other electronics as possible, with the direction marker pointing towards the front of the vehicle. The diagram below shows the heading marker on the Pixhawk 4 and compass. 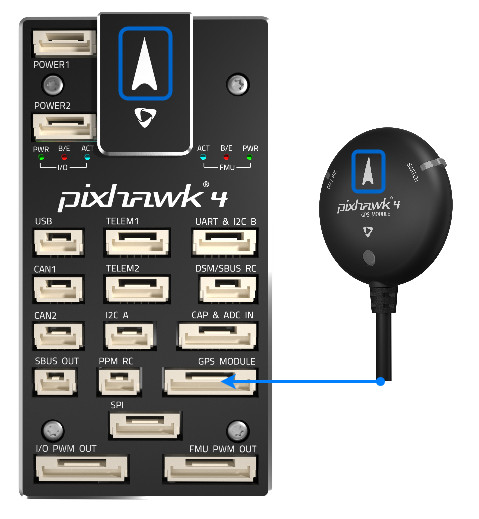 If you're using the normal Compass Calibration process the parameter CAL_MAG_ROT_AUTO is enabled, and the orientation should be detected automatically.

You must mount the compass in a supported orientation!

If you mount the compass at an orientation that isn't supported, for example Yaw 30, PX4 will detect the closest supported value. This will result in errors/warnings, even if the calibration appeared to succeed.