Before you start installing Firmware all USB connections to the vehicle must be disconnected (both direct or through a telemetry radio). The vehicle must not be powered by a battery.

Generally you should use the most recent released version of PX4, in order to benefit from bug fixes and get the latest and greatest features.

This is the version that is installed by default. 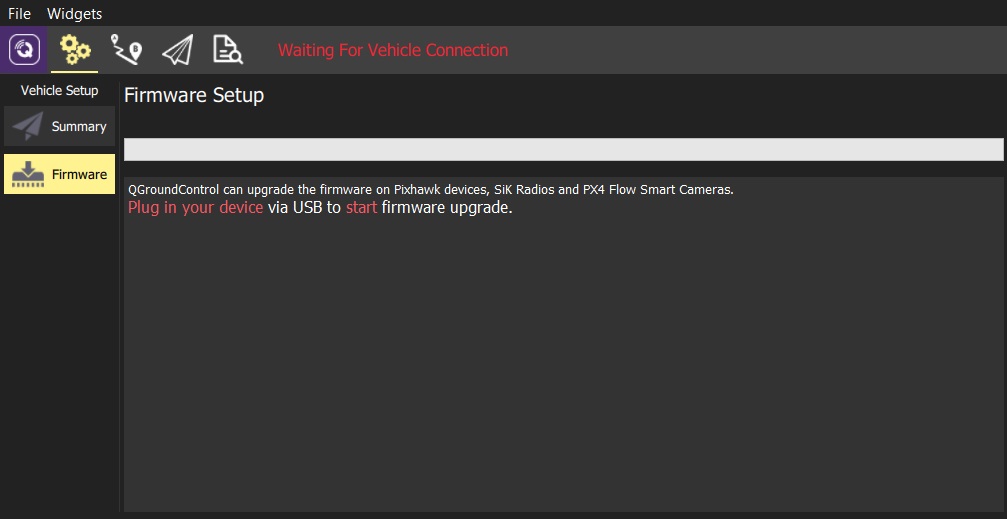 Next you will need to specify the vehicle airframe (and then sensors, radio, etc.)

To install a different version of PX4:

Firmware update then continues as before.

If QGroundControl installs the FMUv2 target (see console during installation), and you have a newer board, you may need to update the bootloader in order to access all the memory on your flight controller.

Early FMUv2 Pixhawk-series flight controllers had a hardware issue that restricted them to using 1MB of flash memory. The problem is fixed on newer boards, but you may need to update the factory-provided bootloader in order to install FMUv3 Firmware and access all 2MB available memory.

To update the bootloader: