The CUAV Pixhack V3 flight controller board is a flexible autopilot intended primarily for manufacturers of commercial systems.

The board is a variant of the SOLO Pixhawk® 2 (PH2) flight controller, which is in turn based on the Pixhawk-project (opens new window) FMUv3 open hardware design. It runs PX4 on the NuttX (opens new window) OS, and is fully compatible with both PX4 or ArduPilot® (APM) firmware.

Pixhack V3 has significant improvements with respect to the original design, including better interface layout and the addition of vibration damping and a thermostat system. 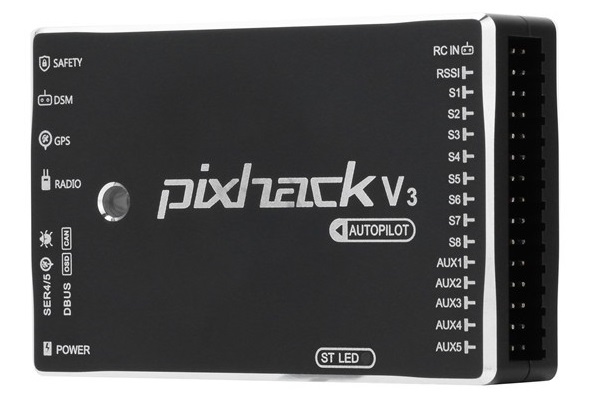 The board can be purchased from: