The landing logic has several phases, as shown below. In the first phase the vehicle will follow a fixed trajectory (FW_LND_ANG) towards the ground. At the flare landing altitude (FW_LND_FLALT) the vehicle will start to follow a flare path (the curve is based on the value of FW_LND_HVIRT). 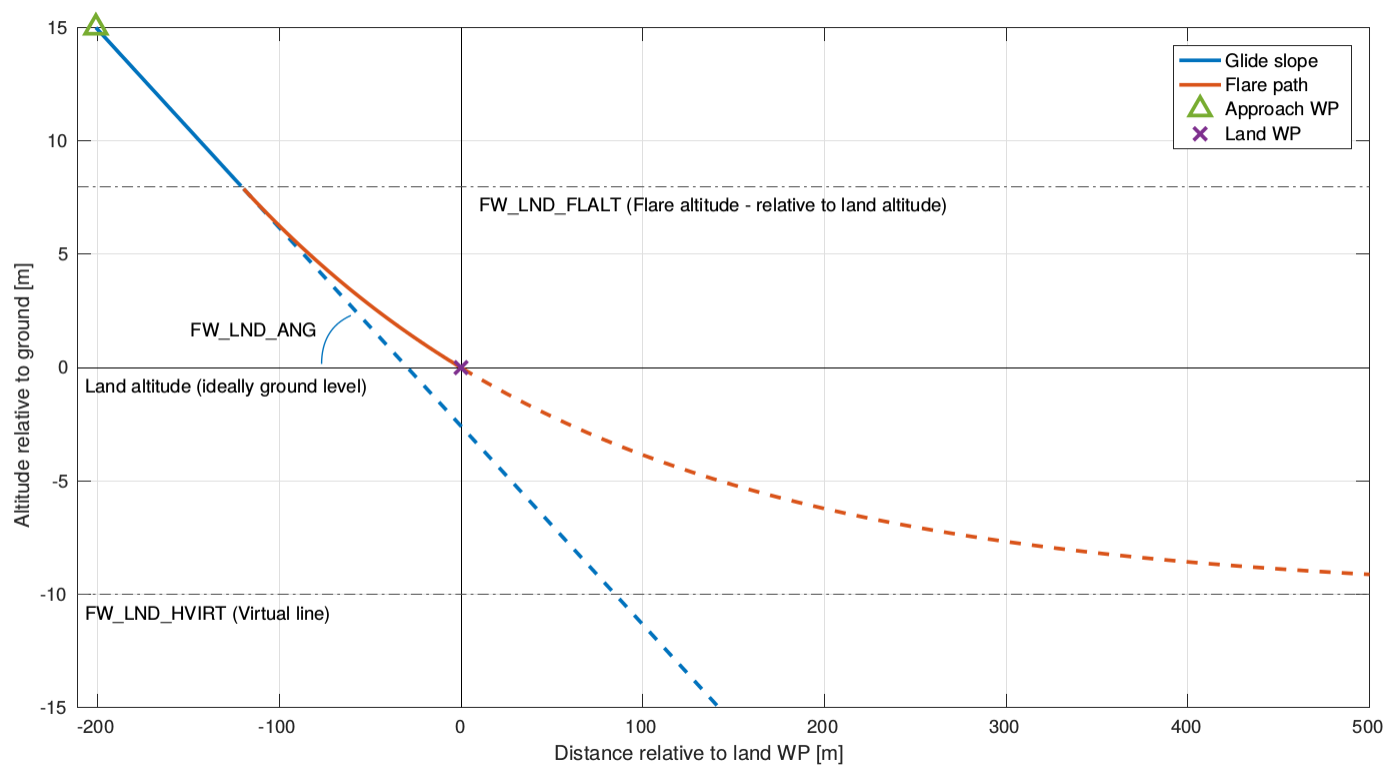 In a mission, Return mode, or if the vehicle has a range sensor fitted then ground level can be accurately estimated and landing behaviour will be as shown in the preceding diagram.

Landing is further affected by the following parameters: