Pixhawk-series flight controllers use LEDs to indicate the current status of the vehicle.

The RGB UI LED indicates the current readiness for flight status of the vehicle. This is typically a superbright I2C peripheral, which may or may not be mounted on the flight controller board (i.e. FMUv4 does not have one on board, and typically uses an LED mounted on the GPS).

The image below shows the relationship between LED and vehicle status.

It is possible to have a GPS lock (Green LED) and still not be able to arm the vehicle because PX4 has not yet passed preflight checks. A valid global position estimate is required to takeoff!

In the event of an error (blinking red), or if the vehicle can't achieve GPS lock (change from blue to green), check for more detailed status information in QGroundControl including calibration status, and errors messages reported by the Preflight Checks (Internal). Also check that the GPS module is properly attached, Pixhawk is reading your GPS properly, and that the GPS is sending a proper GPS position. 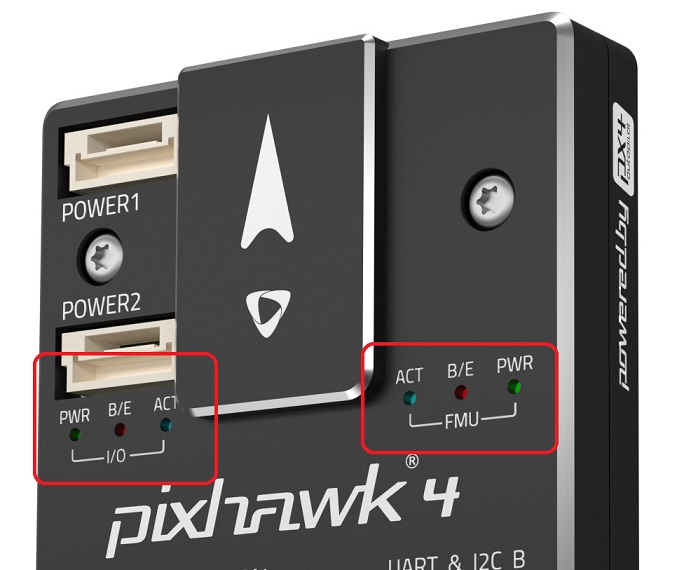 From power on, the FMU and PX4IO CPUs first run the bootloader (BL) and then the application (APP). The table below shows how the Bootloader and then APP use the LEDs to indicate condition.

The LED labels shown above are commonly used, but might differ on some boards.