The displayed elements depend on the selected frame, with outputs mapped by default as shown in the Airframe Reference.

The Actuators view is only displayed if dynamic control allocation is enabled, which replaces geometry and mixer configuration files with parameters. This is expected to be enabled by default in PX4 v1.13 (currently disabled in master).

To enable this feature, set the parameter SYS_CTRL_ALLOC=1 and make sure the correct frame type is set in CA_AIRFRAME. You may need to restart QGroundControl.

The easiest way to try this out in simulation is to use any of the following gazebo make targets, which have control allocation pre-enabled: 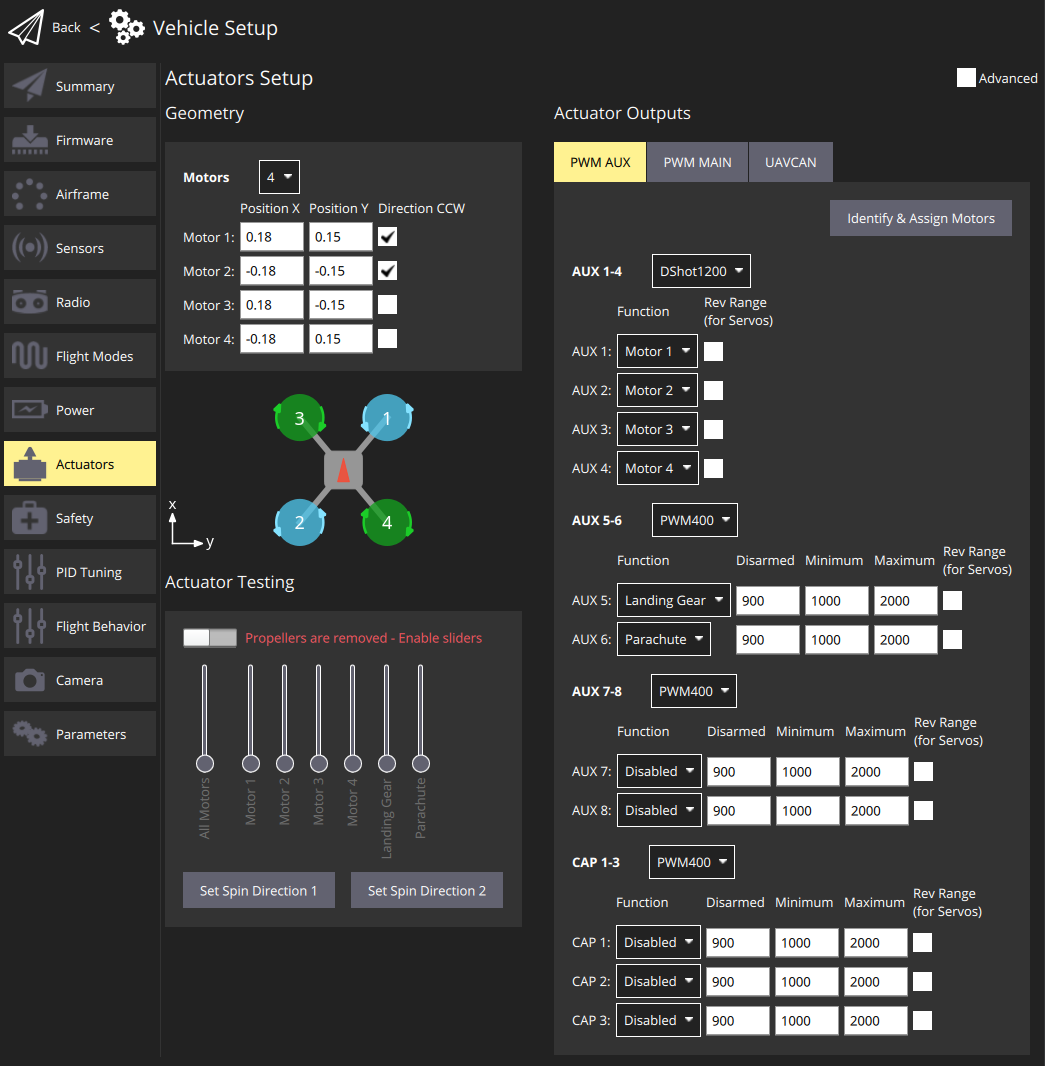 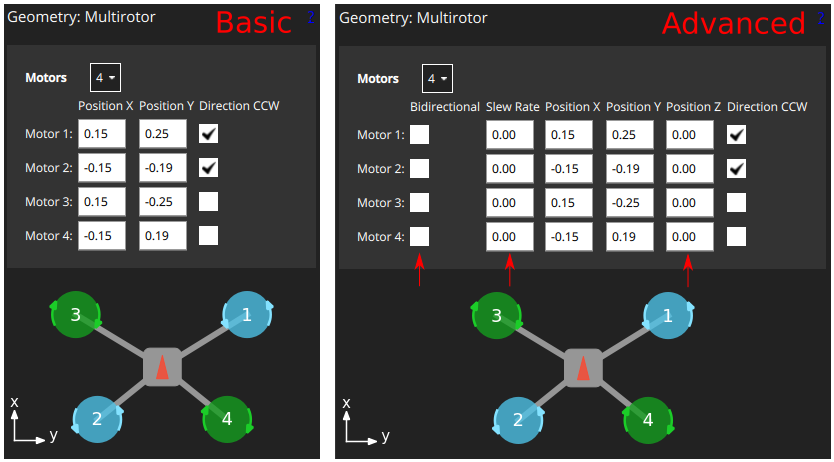 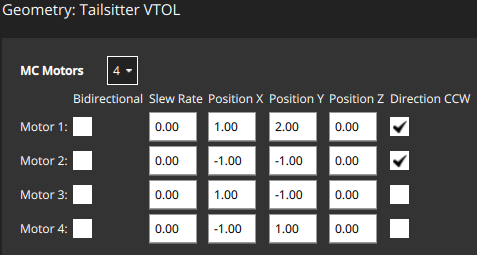 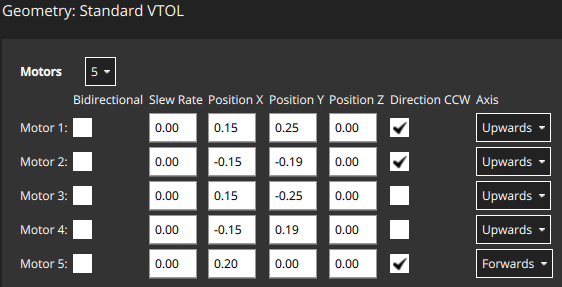 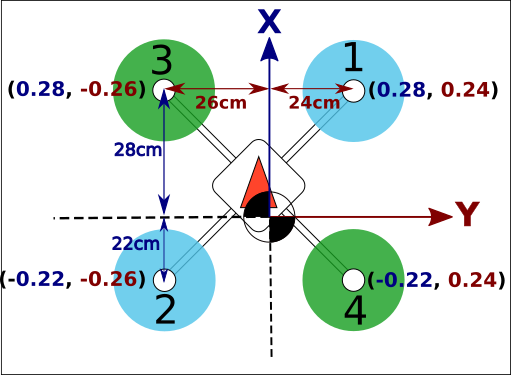 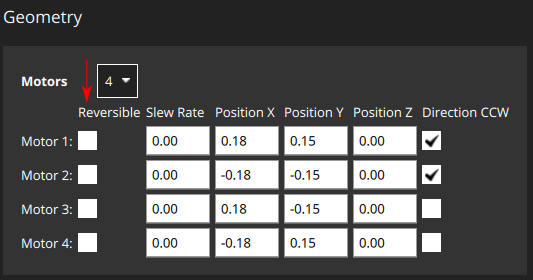 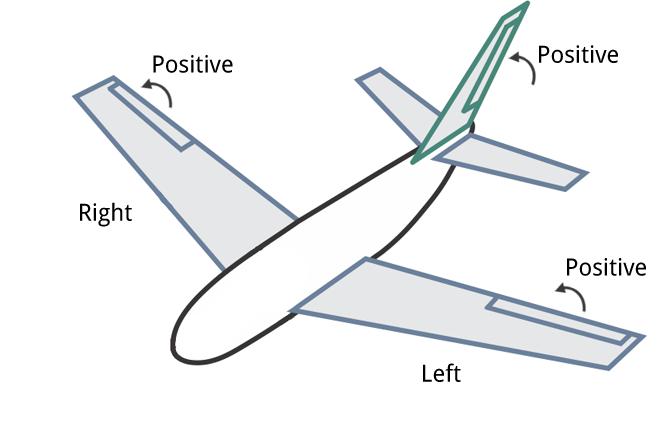 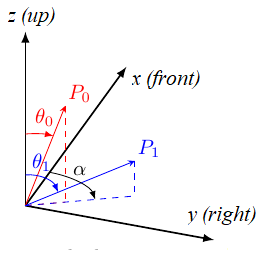 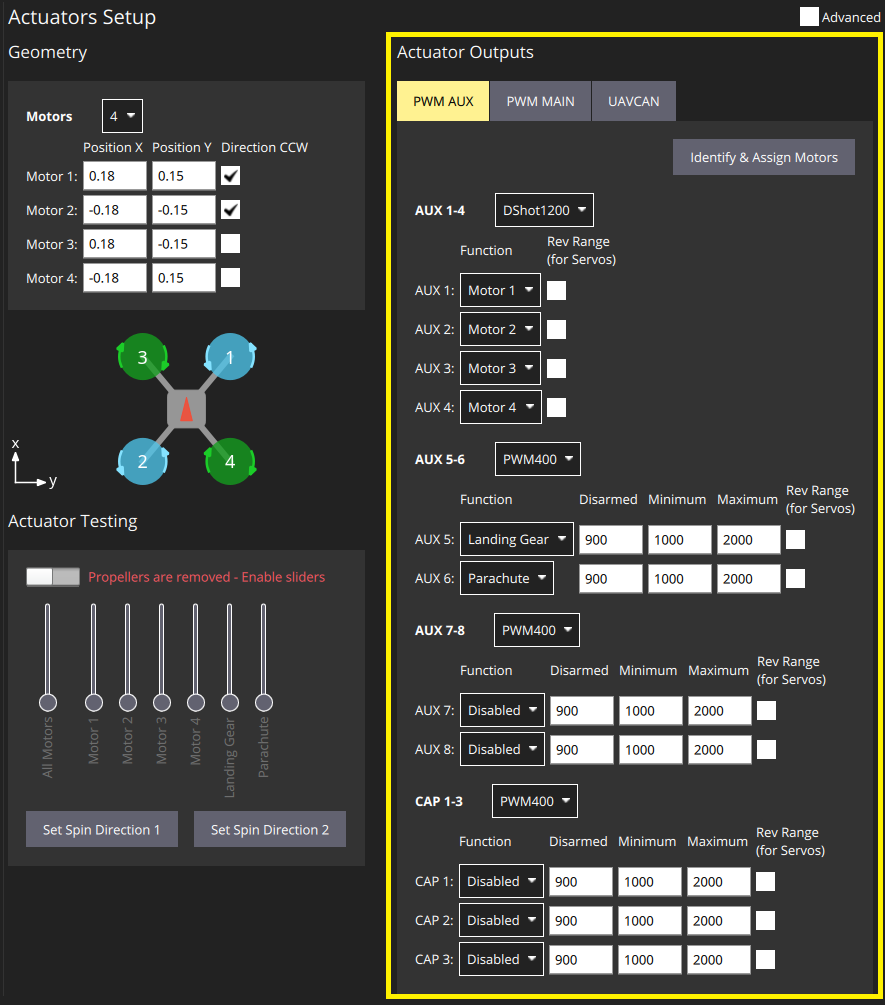 Separate tabs are displayed for each output bus supported by the connected flight controller: PWM AUX (IO Board output), PWM MAIN (FMU Board output), UAVCAN. Motors and actuators (which are referred to as "functions") can be assigned to any physical output on any of the available busses. 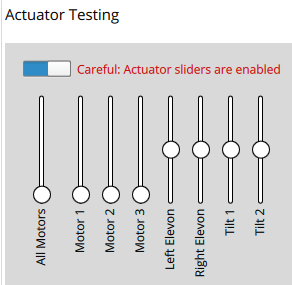 Outputs are assigned to functions and configured in the Actuator Outputs section, while the Actuator Testing sliders are commonly used to determine appropriate configuration values to enter.

::: 3. Increase the slider value to a level where you can verify that the motor is spinning in the correct direction and that it would give a positive thrust in the expected direction.

Another way to test without using the sliders would be to set the COM_PREARM_MODE parameter to Always.

If motors are not connected via bullet-connectors, re-soldering is required (this is a reason, among others, to prefer DShot ESCs). :::