PX4 has a number of safety features to protect and recover your vehicle if something goes wrong: 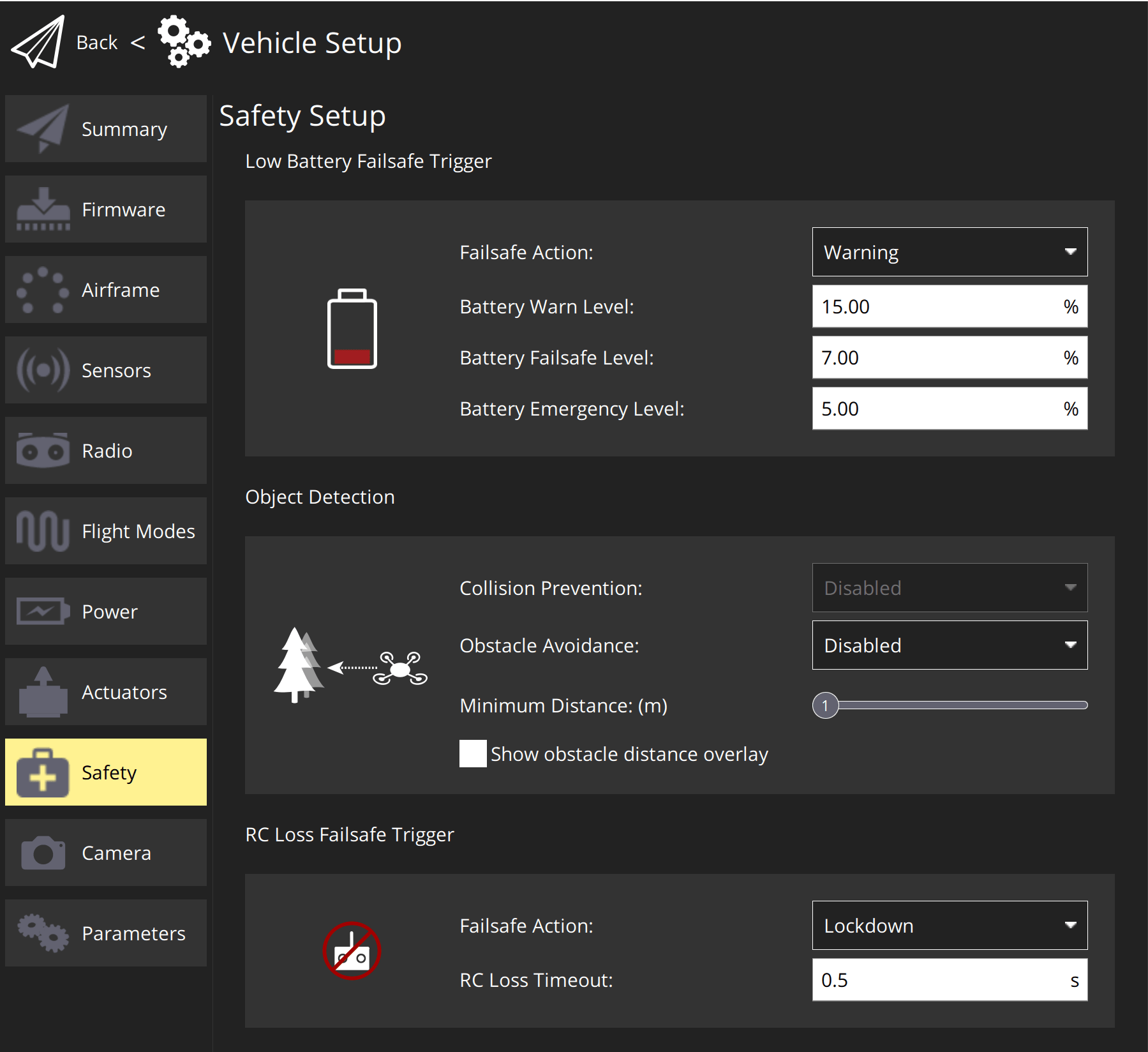 PX4 and the receiver may also need to be configured in order to detect RC loss: Radio Setup > RC Loss Detection.

The relevant parameters for all vehicles shown below.

Parameters that only affect Fixed-wing vehicles:

A number of checks are run to ensure that a mission can only be started if it is feasible. For example, the checks ensures that the first waypoint isn't too far away, and that the mission flight path doesn't conflict with any geofences.

As these are not strictly speaking "failsafes" they are documented in Mission Mode > Mission Feasibility Checks.